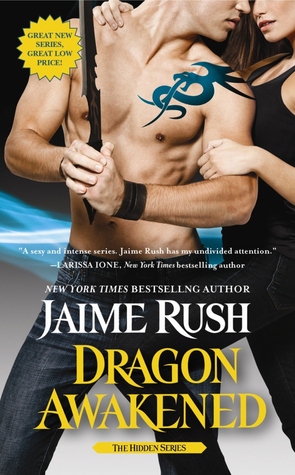 They are the Hidden.
Not quite human. Far from normal.
And never, ever safe . . .

Ruby Salazaar wants answers . . . and revenge. Her uncle has just been murdered before her eyes, and the name he utters with his final breath - Cyntag - leads Ruby into a world beyond her wildest imaginings. She soon learns that the dark, sexy Cyntag Valeron knows more about her than she does herself.

Ruby changed Cyn's life before she even knew who he was. Now she charges into his life, a beautiful woman full of fire and questions. Cyn knew this day would come, yet he couldn't foresee the danger - and desires - Ruby would bring with her. He can teach her how to harness her newly awakened powers. But there is one force neither of them can control . . .

Ruby is a strong and independent woman who is thrown headlong into a dangerous new world after her uncle's murder. Cyn, a dark and sexy stranger, can help her . . . but he's also hiding a dangerous secret.

Interspersed throughout the main story are passages from a fairytale book written for Ruby by her uncle. They felt a bit cumbersome at times, and sometimes the parallels between the passages and the plot were a bit contrived. I was actually excited to come to the end of a chapter and not have to read another excerpt.

I wanted to like this book so much more than I actually did. I loved Rush's Offspring series and was hoping to fall for this trilogy in the same way. Unfortunately, it just never clicked for me. The writing was a bit dull, and the characters just didn't work for me. Some plot points were rushed, others were glossed over, some characters were there for seemingly no reason, and there was a general lack of world-building. Alas, I just discovered that there were a couple of prequel stories, and maybe reading those will help me to enjoy the world a bit more. At this point, though, the only reason I will read the other two books is that I've already purchased them. Hopefully they will save the series!
POSTED AT 07:00