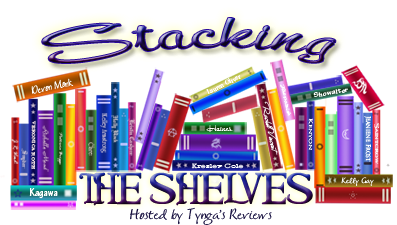 Stacking the Shelves is an alternative to In My Mailbox hosted by Tynga's Reviews.

I preordered one book this week:

And some picture books:

Managed to discover and subsequently sink way too much money into some amazing new comic book bind-ups (although, to be fair, there were gift cards involved):

And got this lovely from HMH on NetGalley: 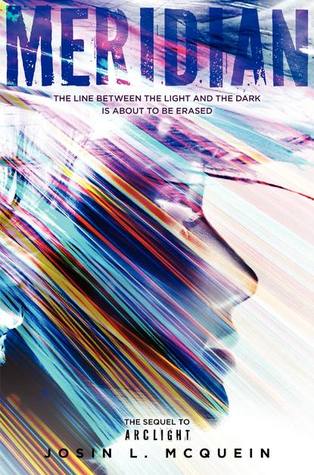 But there is so much more that Marina is just discovering. There are more survivors out there. Only Marina - and her friends, all of whom have connections to the Fade they'd never known about - can lead her people to them. But there are also darker dangers, things that even the Fade fear. And Marina slowly realizes that she may never have been "cured" after all. The sequel to Arclight, Meridian is an intense, action-packed page-turner about the lines we draw between right and wrong, light and dark . . . and the way nothing is ever that black and white.

In Arclight, we learned that the Fade are actually people who live with the nanos created by Honoria's father. The nanos were meant to help heal people, but instead they took over the world, preserving it in the way they deemed best. This included most of humanity. The only way to keep the nanos away is light, which is why the people of Arclight remain safe.

In Meridian, the people of the Arclight make the horrifying discovery that the nanos infecting the Fade are not the end of the story. There is an even more insidious threat called the Darkness, which infects even more thoroughly than the Fade, to the point that the infected is no longer even vaguely human. While the Fade have come to realize that not all humans want to be taken over and helps just enough, the Darkness does not care. It destroys utterly.

On the heels of this news comes the discovery that there might be another pocket of humans out there. Marina and company must brave the Darkness to find out of there really are other survivors out, well, in the darkness.

It's still creepy as all get out, but, oddly enough, the more menacing quality of the Darkness makes them less creepy than the Fade. They're just faceless villains. That, along with its action-oriented nature, makes Meridian a much less creepy read. There is also a love triangle/quadrangle between Tobias, Marina / Cherish, and Rue. It's like the love quadrangle in The Host by Stephanie Meyer (ick, I know), except that there is no chance of either Marina or Cherish conveniently acquiring a new body to solve the problem.

If it's been a while since you read Arclight and, like me, have a crappy memory, I would recommend rereading Arclight before picking up Meridian. I know I would have been lost had I not read them back-to-back, as there is not a lot of recap. I was immediately drawn into the story, though, and absolutely devoured the audiobook. I inwardly cursed my client for needing me to work when I could be listening to the story. I am still desperate to know what happens next!

The only real bummer about this book: so far, there hasn't been a publisher request for the rest of this series, and Meridian ends on a cliffhanger. It feels like a solid middle-of-the-series book. You have been warned.
POSTED AT 12:00 1 comment: 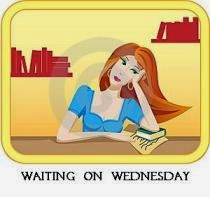 Waiting on Wednesday is a weekly event hosted by Breaking the Spine spotlighting upcoming releases that we are eagerly anticipating! Today's selection will release on July 21, 2015. 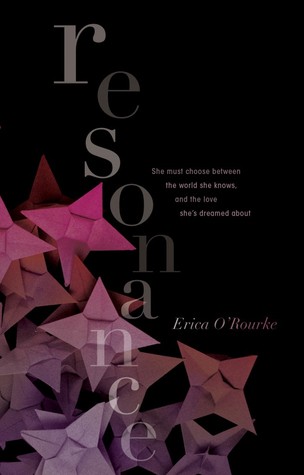 As a Walker between worlds, Del is responsible for the love of her life - and the fate of millions - in this thrilling sequel to Dissonance.

Del risked everything to save Simon, and now he's gone, off in another world with no way for Del to find him.

She's back at the Consort - training to be a Walker like everyone in her family. But the Gree Walkers have other plans for her. This rebel group is trying to convince Del that the Consort is evil, and that her parents are unwittingly helping the Consort kill millinos of people. The Free Walkers make Del the ultimate promise: if Del joins their fight, she will be reunited with Simon.

In agreeing, Del might be endangering her family. But if she doesn't, innocent people will die, and Simon will be lost to her forever. Thef ate of the multiverse depends on her choice . . .
POSTED AT 00:00 No comments: 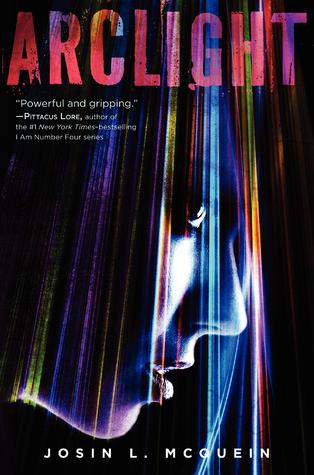 No one crosses the wall of light . . . except for one girl who doesn't remember who she is,w here she came from, or how she survived. A harrowing, powerful debut thriller about finding yourself and protecting your future - no matter how short and uncertain it may be.

The Arclight is the last defense. The Fade can't get in. Outside the Arclight's border of high-powered beams is the Dark. And between the Light and the Dark is the Grey, a narrow, barren no-man's land. That's where the rescue team finds Marina, a lone teenage girl with no memory of the horrors she faced or the family she lost. Marina is the only person who has ever survived an encounter with the Fade. She's the first hope humanity has had in generations, but she could also be the catalyst for their final destruction. Because the Fade will stop at nothing to get her back. Marina knows it. Tobin, who's determined to take his revenge on the Fade, knows it. Anne-Marie, who just wishes it were all over, knows it.

When one of the Fade infiltrates the Arclight and Marina recognizes it, she will begin to unlock secrets she didn't even know she had. Who will Marina become Who can she never be again?

Marina is the only human to come out of the Grey for as long as anyone in the Arclight can remember. She is a beacon of hope, yet she is also feared, because the Fade have attacked every night since she was rescued. Without her memories of life before the Arclight, she has no answers about who she is and why she's - as some of her classmates call her - a Fade magnet. When events lead to Marina questioning everything she's been told, she realizes that nothing in the Arclight is quite like it seems. Who is she, really? Where did she come from? And just who are the Fade?

Arclight is a fascinating read. I remember being insanely jealous of anyone who had managed to get an ARC of it and gobbled it up for the first time right around its release date. The quasi-horror of it all had me grateful that I was reading in daylight. It's not scary, just . . . creepy. Subtle horror can be so much more difficult to handle than straight-up, hit-you-over-the-head horror, especially when the horror element is a terrifying outcome of technology that is in the works today. Oh, the Fade. Just thinking about them makes my skin crawl.

I really liked Marina. She's certainly not perfect, but she does the best she can for a girl who was dropped into unfamiliar territory, alone and memory-less. Tobin is a bit moody for my tastes, but at least he has a reason for being that way, unlike many overly obnoxious male characters. Anne-Marie is the only character that I wanted to like but couldn't. She's a crappy friend. Yeah, it's slim pickings in the confines of the Arclight, but Marina deserved better.

And the TWISTS. We can't not talk about the twists. Well, actually we can, as I don't want to give anything away. I will leave you with this nugget: Arclight kept me guessing. Looking back, I should have seen it coming, but it was just so TWISTY that I was focused so much on reading that I couldn't even wrap my brain around speculation.

I can't recommend this title enough!
POSTED AT 12:00 No comments:

Well, this weekend went about the way I thought it would - that is to say, without getting a whole lot of work done. Although of course I managed to go buy new books.

Yesterday, I got through editing and reformatting the first 50 or so posts in my archive. Hubster also helped me tweak the blog template to make it more reader-friendly. I was hoping to at least get through all of 2010's posts this Bloggiesta, though, so I may slog through the rest tonight while hubby is entertaining himself (aka watching football).

Or I may finish reading Sex Criminals. Who knows.

Tomorrow is back to work, so I will likely not get too much done on the last official day of Bloggiesta, but I am off again on Tuesday - for . . . wait for it . . . A FIREWOOD DELIVERY! My life is just TOO EXCITING! Not. - so I will likely hunker down and get a good bit of my to-do list checked off.

Good work and good luck to the rest of you who are getting actual work done!
POSTED AT 21:30 1 comment:

Email ThisBlogThis!Share to TwitterShare to FacebookShare to Pinterest
TAGS: challenges

Stacking the Shelves is an alternative to In My Mailbox hosted by Tynga's Reviews.

Two of my favorite people sent me this as a present along with a beautiful Paris-themed candle. They know how much I love and miss Paris!

These are the books I bought this week:

Hubby knows I love him because I used my gift card to get him the next four books in the series he's reading:

I also FINALLY received the books I ordered from Book Outlet during their 50% off Boxing Day sale! Woohoo!