Friday finds is hosted by Should Be Reading and showcases all of the books, whether new or previously published, that we have added to our TBR lists this week!
In honor of the success of the Veronica Mars Kickstarter campaign (!!!!!!!!!! fangirl moment !!!!!!!!!!), I give you these books: 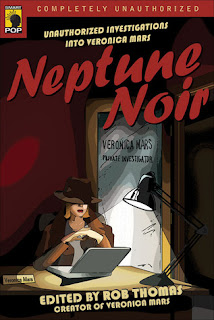 NEPTUNE NOIR: UNAUTHORIZED INVESTIGATIONS INTO VERONICA MARS
edited by the one and only Rob Thomas
(ignoring the fact that there is another famous Rob Thomas out there . . .)
More than just a high school drama, Veronica Mars is a smart and savvy teen detective show that offers complex mysteries and rapier wit, engaging social commentary, and noir sensibilities - with the occasional murder thrown in for good measure. This collection, edited by the creator and executive producer of the show, offers supreme insight into the class struggles and love stories of the series. Essays by top writers intelligently address a multitude of questions, such as: "Is Veronica Mars a modern-day vigilante?" "Why is a show that features rape, potential incest, and a teen girl outsmarting local authorities so popular with America's conservative population?" and "Why is Veronica and Logan's relationship the most important story-driving factor in the show?" 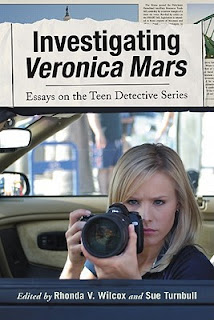 INVESTIGATING VERONICA MARS: ESSAYS ON THE TEEN DETECTIVE SERIES
edited by Rhoda Wilcox and Sue Turnbull
Essays explore many aspects of the teen detective series, including Veronica Mars and vintage television; the search for the mother; fatherhood; how the show relates to the classical Greek paradigm; feminist anger and vigilante justice; the anti-hero's journey; the inter-generational audience; rape narrative and meaning; and television fandom, among others.
POSTED AT 07:16