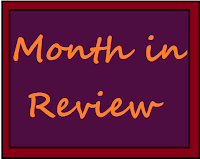 AUGUST '11
Books Read: 43
That's not as impressive as it may sound - there are a number of children's books on this list.
Opposites by Emma Dodd
Counting by Emma Dodd
Rainbow Fun by Emma Dodd
Playtime by Emma Dodd
Sounds by Emma Dodd
Busy Day by Emma Dodd
Birthday by Emma Dodd
On the Farm by Emma Dodd
Shapes by Emma Dodd
Little Bat by Klaartje van der Put
Little Reindeer by Klaartje van der Put
Little Snowman by Klaartje van der Put
Little Spider by Klaartje van der Put
Blood Bound by Rachel Vincent
City of Bones by Cassandra Clare (audio. reread)
All We Know of Heaven by Jacquelyn Mitchard
Clone Codes by Pat McKissack
Alien in the Family by Gini Koch
Black Night by Christina Henry
Working Stiff by Rachel Caine
Kiss of Snow by Nalini Singh
ARC: All These Things I've Done by Gabrielle Zevin
City of Ashes by Cassandra Clare (audio. reread)
Ryan Heshka's ABC Spookshow by Ryan Heshka
Welcome to Monster Town by Ryan Heshka
Miss Smith and the Haunted Library by Michael Garland
The Day Z Went First by Alethea Kontis
H is for Halloween by Alethea Kontis
I Need My Monster by Amanda Noll
Dinosaur vs. the Potty by Bob Shea
Finders Keepers by Linnea Sinclair
The Butter Man by Elizabeth Alalou
Skippyjon Jones Lost in Spice by Judy Schachner
Gabriel's Ghost by Linnea Sinclair
An Accidental Goddess by Linnea Sinclair
Patrick's Dinosaurs on the Internet by Carol Carrick
Grimspace by Ann Aguirre
ARC: Glow by Amy Kathleen Ryan
Games of Command by Linnea Sinclair
Memoirs of a Goldfish by Devin Scillian
Vampire Academy graphic novel by Richelle Mead
Red Butterfly by Deborah Noyes
The Legend of Banzai Maguire by Susan Grant
Reviews
Delirium: The Special Edition by Lauren Oliver
Yep, I know that is incredibly lame, but it's been a crazy busy month! In addition to all the usual August mayhem, I have also been working practically nonstop for the last week or so on my submission for a creative contest by Beth Revis, which I just finished today.
POSTED AT 23:59

Email ThisBlogThis!Share to TwitterShare to FacebookShare to Pinterest
TAGS: recap