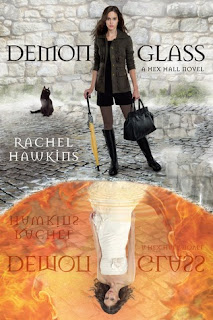 DEMONGLASS
by Rachel Hawkins
Sophie Mercer thought she was a witch.


That was the whole reason she was sent to Hex Hall, a reform school for delinquent Prodigium (aka witches, shapeshifters, and fairies). But that was before she discovered the family secret, and that her hot crush, Archer Cross, is an agent for The Eye, a group bent on wiping Prodigium off the face of the earth.


Turns out, Sophie’s a demon, one of only two in the world—the other being her father. What’s worse, she has powers that threaten the lives of everyone she loves. Which is precisely why Sophie decides she must go to London for the Removal, a dangerous procedure that will destroy her powers.


But once Sophie arrives she makes a shocking discovery. Her new friends? They’re demons too. Meaning someone is raising them in secret with creepy plans to use their powers, and probably not for good. Meanwhile, The Eye is set on hunting Sophie down, and they’re using Archer to do it. But it’s not like she has feelings for him anymore. Does she? 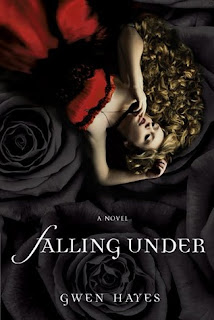 FALLING UNDER
by Gwen Hayes
Theia Alderson has always led a sheltered life in the small California town of Serendipity Falls. But when a devastatingly handsome boy appears in the halls of her school, Theia knows she's seen Haden before- not around town, but in her dreams.


As the Haden of both the night and the day beckons her closer one moment and pushes her away the next, the only thing Theia knows for sure is that the incredible pull she feels towards him is stronger than her fear.


And when she discovers what Haden truly is, Theia's not sure if she wants to resist him, even if the cost is her soul. 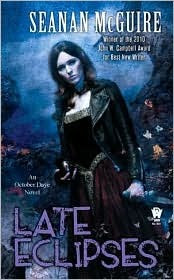 LATE ECLIPSES
by Seanan McGuire
Two years ago, October "Toby" Daye believed she could leave the world of Faerie behind. She was wrong. Now she finds herself in the service of Duke Sylvester Torquill, sharing an apartment with her Fetch, and maintaining an odd truce with Tybalt, the local King of Cats. It's a delicate balance—one that's shattered when she learns that an old friend is in dire trouble. Lily, Lady of the Tea Gardens, has been struck down by a mysterious, seemingly impossible illness, leaving her fiefdom undefended.


Struggling to find a way to save Lily and her subjects, Toby must confront her own past as an enemy she thought was gone forever raises her head once more: Oleander de Merelands, one of the two people responsible for her fourteen-year exile. But if Oleander's back, what's her game? Where is she hiding? And what part does Toby's mother, Amandine, have to play?


Time is growing short and the stakes are getting higher. For the Queen of the Mists has her own agenda, and there are more players in this game than Toby can guess. With everything on the line, she will have to take the ultimate risk to save herself and the people she loves most—because if she can't find the missing pieces of the puzzle in time, Toby will be forced to make the one choice she thought she'd never have to face again . . . 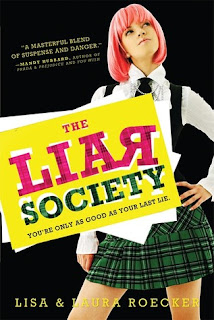 THE LIAR SOCIETY
by Lisa & Laura Roecker
Kate Lowry didn't think dead best friends could send e-mails. But when she gets an e-mail from Grace, she’s not so sure.


Now Kate has no choice but to prove once and for all that Grace’s death was more than just a tragic accident. But secrets haunt the halls of her elite private school. Secrets people will do anything to protect. Even if it means getting rid of the girl trying to solve a murder . . . 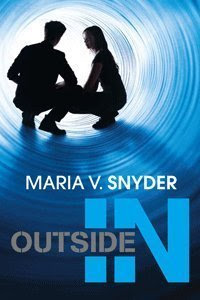 OUTSIDE IN
by Maria V. Snyder
Me? A Leader? Okay, I did prove that there's more to Inside than we knew. That a whole world exists beyond this cube we live in. And finding that led to a major rebellion - between worker scrubs like me and the snobby uppers who rule our world. Make that ruled. Because of me, we're free. I thought that meant I was off the hook, and could go off on my own again - while still touching base with Riley, of course. He's the one upper I think I can trust. But then we learned that there's outside and then there is Outside. And something from Outside wants In.
POSTED AT 07:00