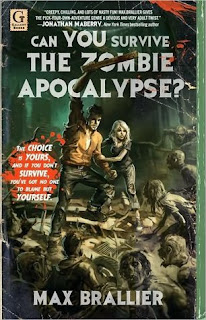 CAN YOU SURVIVE THE ZOMBIE APOCALYPSE?
by Max Brallier

Inside these pages lies unspeakable horror. Bloodsplattering, brain-impaling, flesh-devouring horror. You’ve probably read your fair share of zombie stories. But this time it’s different. No longer can you sit idle as a bunch of fools make all the wrong moves. All hell is about to break loose—and YOU have a say in humanity’s survival.

You have choices to make.

Will you be a hero?

Or will you cover your own ass at all costs?

Can you withstand the coming hours, days, weeks, and months? Or will you die amidst the chaos and violence of a zombie uprising?

Or, worst of all, will you become one of them? 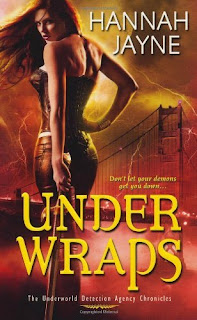 UNDER WRAPS
by Hannah Jayne

Sick of wrongful-death lawsuits every time a full moon comes around?

As a human immune to magic, Sophie Lawson can help everyone from banshee to zombie transition into normal, everyday San Francisco life. With a handsome werewolf as her UDA boss and a fashionista vampire for a roommate, Sophie knows everything there is to know about the undead, the unseen, and the uncanny. . .

Until a rash of gruesome murders has demons and mortals running for cover, and Sophie finds herself playing sidekick to detective Parker Hayes. Dodging raging bloodsuckers, bad-tempered fairies, and love-struck trolls is one thing. But when Sophie discovers Parker isn't what he seems, she's got only one chance to figure out whom to trust. Because an evil hiding in plain sight is closing in. . .and about to make one wisecracking human its means to ultimate power. . . 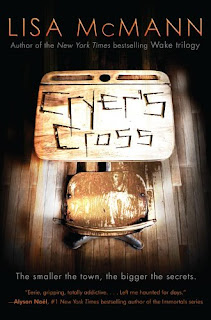 The community of Cryer’s Cross, Montana (population 212) is distraught when high school freshman Tiffany disappears without a trace. Already off-balance due to her OCD, 16-year-old Kendall is freaked out seeing Tiffany’s empty desk in the one-room school house, but somehow life goes on... until Kendall's boyfriend Nico also disappears, and also without a trace. Now the town is in a panic. Alone in her depression and with her OCD at an all-time high, Kendall notices something that connects Nico and Tiffany: they both sat at the same desk. She knows it's crazy, but Kendall finds herself drawn to the desk, dreaming of Nico and wondering if maybe she, too, will disappear...and whether that would be so bad. Then she begins receiving graffiti messages on the desk from someone who can only be Nico. Can he possibly be alive somewhere? Where is he? And how can Kendall help him? The only person who believes her is Jacian, the new guy she finds irritating...and attractive. As Kendall and Jacian grow closer, Kendall digs deeper into Nico's mysterious disappearance only to stumble upon some ugly—and deadly—local history. Kendall is about to find out just how far the townspeople will go to keep their secrets buried. 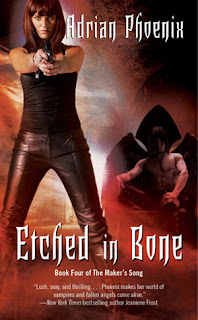 ETCHED IN BONE
by Adrian Phoenix

SON OF A FALLEN ANGEL. FORGED IN VAMPIRE’S BLOOD. SWORN TO A MORTAL WOMAN. IF DANTE FALLS, THE WORLD FALLS WITH HIM. . . .


THREE LEGACIES ETCHED IN BONE
More beautiful and powerful than any creature the world has ever seen, Dante Baptiste has become the supreme target of the three worlds that spawned him. The mortal agents of the Shadow Branch have tried to control his mind through psychological torture. The vampire elders who guide nightkind society have plotted to use him in their bloodthirsty bid for power. And the Fallen have waited for millennia for Dante to claim his birthright as their Maker. But Dante belongs to no one—except the woman he loves . . .

ONE PASSION SWORN IN BLOOD

Determined to face the Fallen and the world on his own terms, Dante hopes to piece together his shattered past and claim his future, with FBI agent Heather Wallace at his side. But in Heather’s human family awaits an unexpected enemy. One who could rip Heather from Dante’s heart and fill the holes with bullets. One who could force Dante to choose his darkest destiny—as the Great Destroyer . . .
POSTED AT 07:00