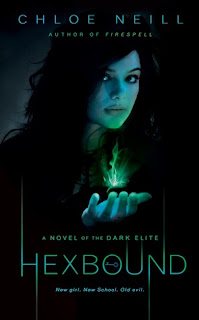 Lily Parker is new to St. Sophia's School for Girls, but she's already learned that magic can be your best friend . . . or your worst enemy.


They say absolute power corrupts absolutely. Turns out that even a little magic can turn you to the dark side. That's why Lily has to learn how to control her newly discovered paranormal abilities, on top of avoiding the snobs who think they run her school, nursing a crush on a cute sophomore wth a big werewolf-y secret, and fighting the good fight with her best friend, Scout, as they take on Chicago's nastiest nightlife - including the tainted magic users known as Reapers.


Then one night Lily and her friends are attacked by creatures like nothing they've ever seen before. And in the aftermath, she realizes that she'll have to use her growing powers sooner than she thought - because she's smack in the middle of a paranormal turf war that could tear Chicago apart . . .