Both of these books will be released on December 14th! 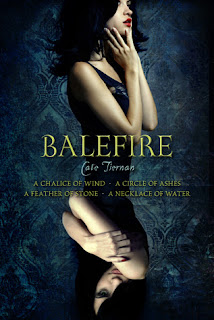 The whole Balefire series by Cate Tiernan is now in one edition.
After seventeen-year-old Thais Allard loses her widowed father in a tragic car accident, she is forced to leave the only home she's ever known to live with a total stranger in New Orleans. New Orleans greets Thais with many secrets and mysteries, but none as unbelievable as the moment she comes face to face with the impossible — an identical twin, Clio.

Thais soon learns that she and the twin she never knew come from a family of witches, that she possesses astonishing powers, and that she, along with Clio, has a key role in Balefire, the coven she was born into.
Fiery Clio is less than thrilled to have to share the spotlight, but the twins must learn to combine their powers in order to complete a rite that will transform their lives and the coven forever. 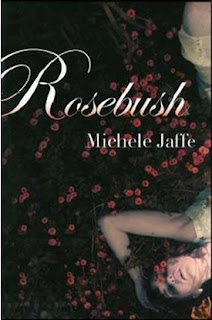 Instead of celebrating Memorial Day weekend on the Jersey Shore, Jane is in the hospital surrounded by teddy bears, trying to piece together what happened last night. One minute she was at a party, wearing fairy wings and cuddling with her boyfriend. The next, she was lying near-dead in a rosebush after a hit-and-run.
POSTED AT 07:00