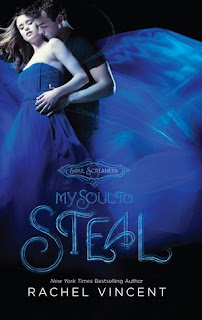 YOU WANT MY SOUL AND MY BOYFRIEND?

Trying to work things out with Nash - her maybe boyfriend - is hard enough for Kaylee Cavanaugh., She can't just pretend nothing happened. But "complicated" doesn't even begin to describe their relationship when his ex-girlfriend transfers to their school, determined to take Nash back.

See, Sabine isn't just an ordinary girl. She's a mara, the living personification of a nightmare. She can read people's fears - and craft them into nightmares while her victims sleep. Feeding from human fear is how she survives.

And Sabine isn't above scaring Kaylee and the entire school to death to get whatever - and whoever - she wants.

I DON'T THINK SO.

Daphne Van Helsing hates being a vampire slayer. All she wants is a normal life - firends, school, her own room - but her parents have devoted their lives to the cause, and Daphe's along for the ride.

Their latest job is in Maine, where not only are they hunting a fierce strain of vamps, but they're forced to work with The Harkers, a rival slayer family. Just her luck: Tyler Harker is totally crush-worthy, and he's her sworn enemy.

But just when things start looking up, something truly evil comes to town. Something more powerful - and more frightening - than anything Daphne's encountered before.

She thought she'd seen hell on earth. She ain's seen nothin' yet. 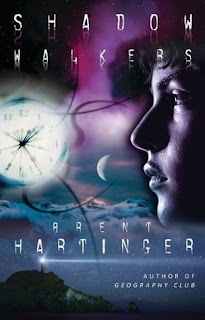 Living with his grandparents on a tiny island off the Washington State coast, Zach feels cut off from the world. Especially when he's forbidden to chat with his online friends. But then his little brother, Gilbert, is kidnapped. To find him, Zach discovers how to astral project. Soon, his spirit is soaring through the strange and boundless astral realm - a shadow place. While searching for his brother, Zach meets a boy named Emory, another astral traveler who's intriguing (and cute). As they track the kidnappers from the astral realm, their bond grows - but each moment could be Gilbert's last. Even worse, there's a menacing, centuries-old creature in their midst that devours souls and possesses physical bodies. And it's hungry for Zach.

These books weren't bought, but my wonderful cousin sent me a bookish care package.