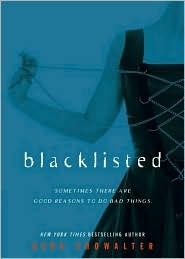 Alien hunting can get a girl killed. It can also get her a date.

High school senior Camille Robins and her best friend are determined to snag the attention of their crushes before graduation next month. Armed with red-hot outfits and killer hair, they sneak into the hottest nightclub in town - which caters to the rich and famous, both human and alien. They end up following Erik (who is human) and Silver (who isn't) through a guarded door and are soon separated and under attack . . . and not the good kind.

Bad boy Erik spares Camille's life, but the two are soon being chased by gun-toting Alien Investigation and Removal agents. Camille's more confused than ever because Erik's finally showing real interest in her, but the agents are accusing him of dealing Onadyn - a drug that ruins human lives. Suddenly, with the heat of his kiss lingering on her lips, Camille has to decide whose side she's on . . . and whether she's willing to put her life on the line to save Erik's.

Camille Robins is a good girl, has never once gotten into any trouble. But when she and her BFF decide to go to a club in hopes of attracting their crushes' attention, Camille ends up on the run from A.I.R. with Erik, an alleged Onadyn dealer. With her future - and her life - on the line, Camille must decide just how far she is willing to trust Erik - and whether she will trade her life for his.

I was so happy to see Erik given a chance to clear his name after the bombshell that Showalter dropped in the epilogue of Red Handed. Blacklisted has a very different tone from the other Alien Huntress books, as this time arond we see the public face of A.I.R. rather than the insider's view. As the book progresses, we come to find that A.I.R. has contrived some poor policies regarding both aliens and alien-sympathetic humans, and their agents are not always in control of their emotions. It is definitely an eye-opener, and this tone is the reason that the rating isn't higher. It's a good story, especially as Erik is given a second chance, but it's tough to hear bad things about characters that you've come to love. The plot is a little rushed, but otherwise it's easy to understand how one wrong move could so quickly lead to huge problems for the main character. If you read the first Young Adult Alien Huntress novel, then I would definitely recommend tackling this second (and last) installment. Otherwise, it's not really necessary to understand the characters of the adult series, so it's not necessary to read this book. If you do, be prepared to have your view of A.I.R. and the agents changed, and not for the better.
POSTED AT 07:30