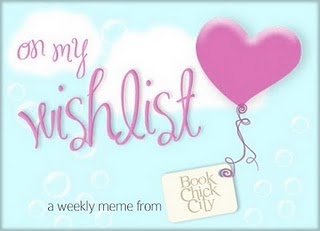 All of these books will be released October 12th!

In a secluded village, magic sparkles on the edges of the forest. There, a young girl named Evie possesses unusually strong powers as a healer. A gypsy's charms—no more than trinkets when worn by others—are remarkably potent when Evie ties them around her neck. Her talents, and charms, have not escaped the notice of the shy stonemason's apprentice. But Evie wants more than a quiet village and the boy next-door. When the young king's carriage arrives one day, and his footman has fallen ill, Evie might just get her chance after all . . . 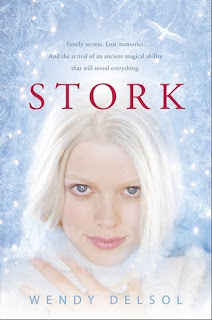 Oh baby! A hip heroine discovers that she has the ability to decide who gets pregnant in this witty YA blend of romance and the supernatural.

Sixteen-year-old Katla has just moved from Los Angeles to the sticks of Minnesota. As if it weren’t enough that her trendy fashion sense draws stares, she learns to her horror that she’s a member of an ancient order of women who decide to whom certain babies will be born. Add to that Wade, the arrogant football star whom Katla regrettably fooled around with, and Jack, a gorgeous farm boy who initially seems to hate her. Soon Katla is having freaky dreams about a crying infant and learns that, as children, she and Jack shared a near-fatal, possibly mystical experience. Can Katla survive this major life makeover and find a dress for the homecoming dance? Drawing from Norse mythology and inspired by The Snow Queen by Hans Christian Andersen, debut author Wendy Delsol conceives an irreverent, highly entertaining novel about embracing change and the (baby) bumps along the way.

CATE OF THE LOST COLONY
by Lisa M. Klein

The greatest unsolved mystery of American history--what happened to all the colonists who landed on Roanoke Island in 1587? This novel traces the fortunes and misfortunes of one Cate Archer, banished to Virginia by a jealous Queen Elizabeth because of her dalliance with Sir Walter Ralegh. What will be her fate in this dangerous New World?

There isn’t much worth living for in Gypsum, Missouri—or Trashtown, as the rich kids call the run-down neighborhood where sixteen-year-old Hailey Tarbell lives. Hailey figures she’ll never belong—not with the popular kids at school, not with the rejects, not even with her cruel, sickly grandmother, who deals drugs out of their basement. Hailey never knew her dead mother, and she has no idea who her father was, but at least she has her four-year-old foster brother, Chub. Once she turns eighteen, Hailey plans to take Chub far from Gypsum and start a new life where no one can find them.

But when a classmate is injured in gym class, Hailey discovers a gift for healing that she never knew she possessed—and that she cannot ignore. Not only can she heal, she can bring the dying back to life. Confused by her powers, Hailey searches for answers but finds only more questions, until a mysterious visitor shows up at Gram’s house, claiming to be Hailey’s aunt Prairie.

There are people who will stop at nothing to keep Hailey in Trashtown, living out a legacy of despair and suffering. But when Prairie saves both Hailey and Chub from armed attackers who invade Gram’s house in the middle of the night, Hailey must decide where to place her trust. Will Prairie’s past, and the long-buried secret that caused her to leave Gypsum years earlier, ruin them all? Because as Hailey will soon find out, their power to heal is just the beginning.

This gripping novel from thriller writer Sophie Littlefield blazes a trail from small-town Missouri to the big city as Hailey battles an evil greater than she ever imagined, while discovering strengths she never knew she had.
POSTED AT 07:00