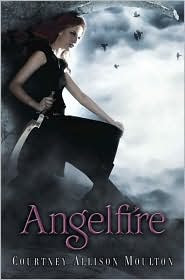 This debut, the first novel in a trilogy, is achingly romantic, terrifying, and filled with blistering action.

While balancing her dwindling social life and reaper-hunting duties, she and Will discover Bastian is searching for a dormant creature believed to be a true soul reaper. Bastian plans to use this weapon to ignite the End of Days and to destroy Ellie's soul, ending her rebirth cycle forever. Now, she must face an army of Bastian's most frightening reapers, prevent the soul reaper from consuming her soul, and uncover the secrets of her past lives - including truths that may be too frightening to remember. 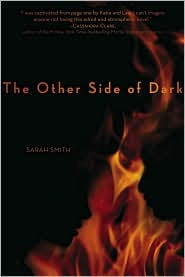 THE OTHER SIDE OF DARK
by Sarah Smith

Since losing both of her parents, fifteen-year-old Katie can see and talk to ghosts, which makes her a loner until fellow student Law sees her drawing of a historic house and together they seek a treasure rumored to be hidden there by illegal slave-traders.

Law Walker knew Katie Mullens before she was crazy. Before her mother died. Law knows Katie’s crazy now, but she’s always been talented. And she keeps filling sketch pads even though her drawings have gone a little crazy as well—dark, bloody. What Law doesn’t know is that these drawings are real. Or were real. Katie draws what she sees—and Katie sees dead people. People who have died—recently, and not so recently—in accidents, from suicide, even a boy who was trapped in a house that burned down more than 100 years ago. And it’s this boy who makes Law want to get to know Katie all over again. So what if his dad doesn’t want him dating a white girl? So what if people think Katie is dangerous? The ghost boy is hiding a secret that Law needs to know—and it’s much bigger, much more shocking than anyone ever expected. 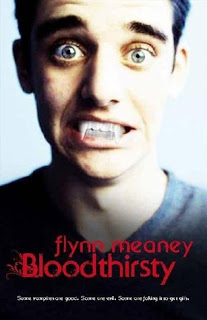 Awkward and allergic to the sun, sixteen-year-old Finbar Frame is the sensitive guy who never gets the girl. But when he notices that all the female students at his new school are obsessed with the vampire book Bloodthirsty, Finbar decides to exploit his lack of pigmentation and become a vampire. Or at least fake it . . .  to get a date.

Bloodthirsty is a hilarious send-up of today's pop-culture infatuations and a pitch-perfect portrait of a lovably neurotic teenage guy on a quest to be cool.