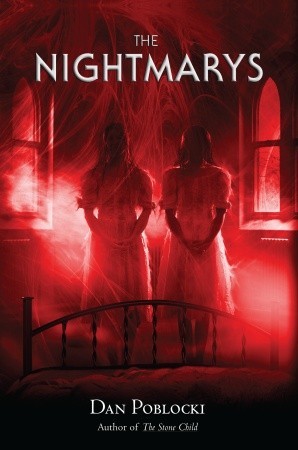 Timothy July has been having nightmares. About his brother, who is in a coma after being wounded in Iraq; about his best friend, Stuart, who is behaving like a jerk; about the old biology specimens in jars lining the walls of his classroom; and about Abigail, the new girl who seems to be a magnet for trouble Or perhaps she is the cause.

Suddenly Timothy's nightmares are coming true. His brother, his face decaying, approaches Timothy on the street. Stuart ends up in the hospital, terrified that monsters are stalking him. And the specimen jars are tormenting not only Timothy but his teacher as well.

What is the secret in Abigail's past that is the key to these horrors? And can Timothy figure it out before his nightmares become a deadly reality?

Timothy and Abigail are both middle graders with messy home lives. They also have a secret: they are both being haunted. When a school project throws them together, they discover that their nightmares may be connected to something even bigger than themselves.

Timothy was a great main character, a very clever kid. Up until recently, he's had a fairly normal life and a great best friend. But things have been different since his brother's accident. Abigail was great as the mysterious character, a newcomer to the school that nobody really notices until she's paired with Timothy for a school project. And now their nightmares are coming to life. Timothy and Abigail follow a string of clues to figure out how to give their nightmares a happy ending.

The Nightmarys is a fantastically written, if somewhat creepy, middle grade book. After getting over the initial creepiness of the prologue, which I mistakenly read while home alone at midnight, I really got into Timothy and Abigail's story. It has the same atmosphere as a Nancy Drew or Hardy Boys novel. Anyone who enjoys that old-school, campy style of mystery writing should enjoy The Nightmarys.
POSTED AT 06:00